The HSG Foundation would like to thank all of its benefactors

Private individuals, companies, foundations: The University of St.Gallen was able to quickly implement strategically important projects and establish itself as one of the leading business universities thanks to significant donations. Many thanks to our benefactors for their commitment!

The HSG Foundation of the University of St.Gallen is this year’s winner of the “DACH Fundraising Award”. The Higher Education Fundraising Award of the German University Association (DHV) was offered for the seventh time: For the third time, scientific institutions from Germany, Austria and Switzerland were able to participate in this year’s call for entries, which focused on alumni fundraising. During the DHV-HRK Fundraising Congress, the award was presented by Professor Dr. Guido Benzler, Managing Partner of rheform – EntwicklungsManagement GmbH, to the Managing Director of the HSG Foundation, Ernst Risch.

The award goes to the HSG Foundation for optimally exploiting the economic potential of its large network of a total of 33,000 alumnae and alumni from 96 countries in financing the lighthouse project “SQUARE”. The spectacular glass building designed by Japanese architect Sou Fujimoto serves the University of St.Gallen as an experimental field for new, future-oriented forms of learning and teaching, and at the same time functions as a public place for cross-generational and barrier-free dialogue between science, society, business, politics and culture. The ambitious building project was financed exclusively by donations. To this end, the HSG Foundation launched the largest fundraising campaign in St.Gallen University’s history. Within a very short time, donations totaling 65 million Swiss francs were raised. Thanks to a targeted approach, the largest donors included more than 1,000 alumni and alumnae of the University of St.Gallen. The first pledges for “SQUARE” were made back in 2016, and the complex construction project was finalized in just two years from November 2019 to November 2021, before going live in February of this year. The HSG Foundation’s professional alumni fundraising sets standards because it impressively demonstrates the great importance that graduates who remain connected with their alma mater far beyond their time as students can have for raising the profile of a university, Professor Benzler emphasized in explaining the award. 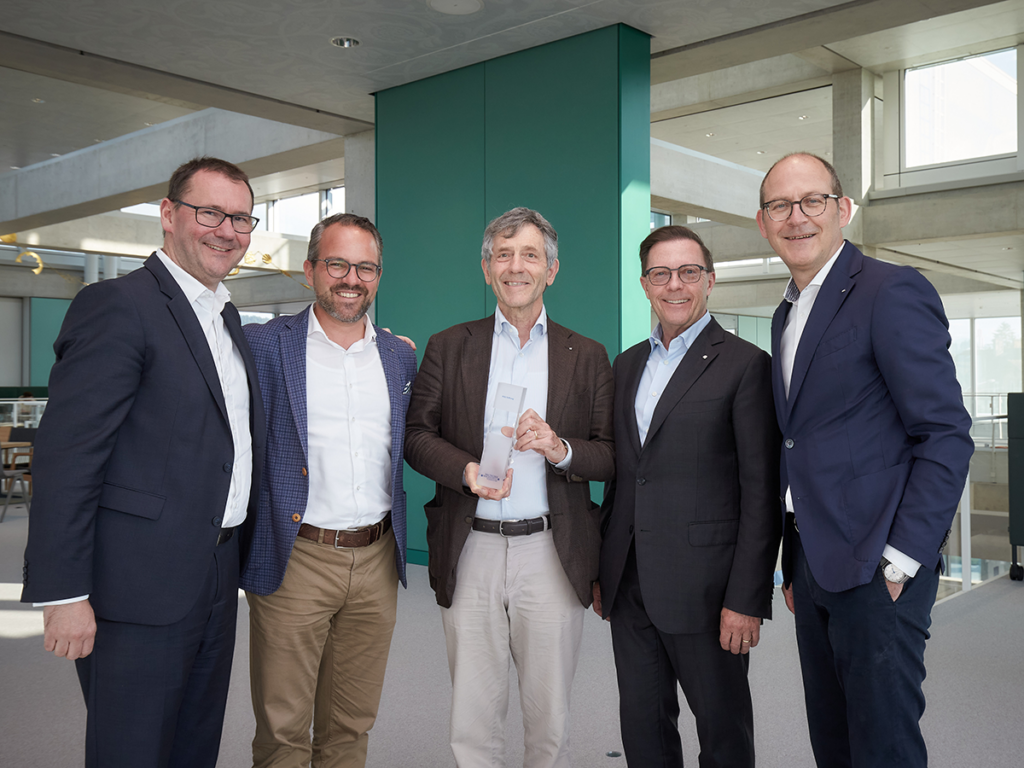 The “DACH Fundraising Award” is intended to honor “best practice” examples that have demonstrated their successful fundraising in the context of their work to build up or expand a college, university or science foundation. The focus is on the expansion of transparent networks, the excellent integration of supporters and sustainable donor cultivation. Innovative concepts in particular are to be honored.

The “DACH University Fundraising Prize” is endowed with 5,000 euros. The prize money, which is donated by the company rheform, is to be used for a specific purpose for university fundraising or an ongoing fundraising project. rheform – EntwicklungsManagement GmbH is a consulting, management and planning company specializing in the field of education and science, teaching and research.

We are building the future of learning and teaching

Close
This website uses cookies to optimize our services to your specific needs. By using our site you consent to our collection and use of your personal information. For further information please refer to our policy.